Dream Big Empire presents Blacc Cuzz “Rush” the latest offering from the rapper and recording artist hailing from Lincoln Ave. in Pittsburgh PA. Taking you along for a ride on his latest musical journey “Rush” directed by The Wizard and Produced by Lyons League is a radio ready, street banger that is sure to keep his new fans and established

END_OF_DOCUMENT_TOKEN_TO_BE_REPLACED

“Reminiscing,” the latest in a series of videos to accompany songs from Toosii’s Platinum Heart (Deluxe) mixtape, was released today. The clip offers a poignant look back at the young rapper’s life – time spent with boyhood friends Niko and Tadoe, the obstacles he’s overcome, the loved ones he’s lost and the direction his life might have taken if he hadn’t chosen to

END_OF_DOCUMENT_TOKEN_TO_BE_REPLACED

“2020 could be Moneybagg Yo’s biggest year” according to Complex after he released his highly anticipated album Time Served. The album, originally released in January went on to amass over 840 million streams globally and garner attention from Forbes, Hypebeast, Billboard and more. Today, he’s back with the deluxe version, seven brand new tracks with features from Lil Baby, Rylo Rodriguez, Big Homiee G and Big 30.

END_OF_DOCUMENT_TOKEN_TO_BE_REPLACED 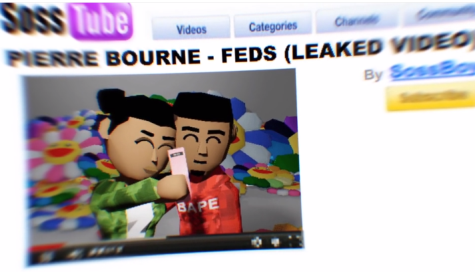 Rapper and producer and one of the most innovative forces in the rap game, Pi’erre Bourne, shares the video for his track “Feds” today – watch HERE. The multicolored and nostalgic video game inspired visual was shot by Pi’erre and his friends while in Japan working on Kanye West’s album Jesus Is King last summer. Last year the coveted artist