“In New York, singers J.I. the Prince of NY and Lil Tjay have carried the torch…” – PITCHFORK

“J.I., the Melodic Romantic Who Believes in Real Love” – BILLBOARD

“Brooklyn’s J.I. is yet another reminder the five boroughs
cannot be defeated in sound ingenuity.” – DJBOOTH

June 19, 2020 – New York, NY – Today marks the release of the long-awaited collaboration between breakout artist J.I. and fellow New York rapper, Lil Tjay. The two rapidly rising wordsmiths’ team up on “Hood Scars 2,” out now via G*STARR ENT/Interscope Records. In the visual shot by Fred Focus we see the two young stars, in true and authentic New York fashion, roaming around the city with their hearts visibly on their sleeves.

On the original track, which amassed over 15 million streams across all streaming platforms,  J.I. raps about his rough upbringing – from dealing with deceptive peers to walking with eyes behind his head, the 18 year-old had to learn at an early age how to protect himself growing up in Crown Heights. On the collaboration Tjay hops on to spit an earnest verse about living a similar lifestyle. The refined song highlights their knack of natural melodic lyricism. Of the track J.I. says  “working with TJ was dope. He’s somebody a lot of fans wanted me to pair me up with, so the collaboration was heavily anticipated.”

About J.I.
Born Justin Irvin Rivera to a family of Puerto Rican descent, Brooklyn-native, J.I. got his start freestyling with his brothers at the age of 11. Within a few years he began posting his freestyles on Instagram, and soon caught the attention of legendary rapper/producer/executive Jermaine Dupri. Naming iconic artists like Tupac Shakur, Big Pun and DMX among his influences, he dropped his debut single “No Static” in 2016. By the end of that year, the then-15-year-old had garnered more than 500,000 views on his YouTube channel, which now boasts over 136 million views and 624 thousand subscribers. Now 18-years-old, the rising rapper is known for his melodic flow, infectious charisma, and powerfully honest lyrics – last year he released two mixtapes, Hood Life Krisis Vol. 1, which features his hit track, “Need Me,” (now at over 89 million streams, has gone gold and is at Top 20 at Urban Radio) and Hood Life Krisis Vol. 2, which features “Love Scars” (now at over 24 million streams). Both tapes went on to land on Billboard’s Heatseekers chart and garnered recognition from XXL, Genius, Billboard and more. His music won over artists such as Jadakiss, Cardi B, and Drake, who recently sang along to his track “Used To” on Instagram Live. J.I also went on his first headline tour in support of both projects. He hit major markets including Boston, LA, and Chicago, and became the first artist ever to sell out 3 consecutive nights at New York’s legendary venue, SOB’s. Additionally, J.I. got a chance to participate as a contender for XXL’s Freshman Class 2020. Watch his pitch HERE. Most recently he released his track “Proud of Me” which led Billboard to recognize that his talent will “forge an unshakable bond that can withstand the test of time” and DJBooth to distinguish him as “another reminder the five boroughs cannot be defeated in sound ingenuity.” Now with over 318 million streams in the US his music continues to be shared with his fanbase that includes over 1.4 million followers.

About Lil Tjay
At only 19 years old Lil Tjay has captivated the rap scene with his signature swag and blaring bars that have garnered him an audience of millions. His new project, the State Of Emergency Mixtape follows the release of Lil Tjay’s Gold-certified album True 2 Myself released last year. True 2 Myself is responsible for the double platinum-certifed hit “F.N.,” platinum-certified “Brothers,” “Leaked” as well as the Gold-certified “Hold On,” “Ruthless,” “Laneswitch” and “Goat.” Earlier this year, Tjay joined forces once again with Polo G on “First Place” – the follow up to their 4x Platinum-certified breakout hit “Pop Out.” which landed on Billboard, Uproxx, and Complex’s Best of 2019 year end lists. To date Lil Tjay has accumulated over 2.5 billion global streams across all releases. 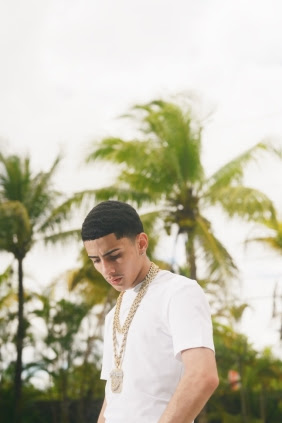