THE ALBUM, Teyana’s official third studio album, is the long-awaited follow-up to K.T.S.E., one of the five G.O.O.D. Music/Def Jam albums produced by Kanye West during his 2018 sojourn in Jackson Hole, Wyoming.  Released in June 2018, K.T.S.E. (acronym for Keep That Same Energy) set off an 18-month chain reaction for Teyana, starting with its summertime Top 10 R&B smash “Gonna Love Me.”  Teyana performed “Gonna Love Me” (in a medley with “Rose In Harlem,” another K.T.S.E. track) on The Tonight Show Starring Jimmy Fallon. Hip-hop audiences embraced the “Gonna Love Me” remix featuring Wu-Tang Clan’s Ghostface Killah, Method Man and Raekwon, whose video was also directed by Teyana.

K.T.S.E. spun off a hot new single and video for Teyana in early 2019, the explicit “WTP (Work This P***y).”  The video was nominated for “Best Dance Performance” at the recent 32nd annual BET Soul Train Awards. The third single from K.T.S.E. was the evocative “Issues/Hold On.” After slaying the audience with the song live on Ellen in April 2019, Teyana was surprised on-air when Ellen presented her with the RIAA gold award plaque for “Gonna Love Me,” bringing it all full circle. 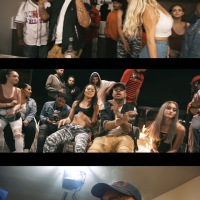