Brooklyn-based indie alternative hip-hop recording artist and producer SAZE delivers a sensually provocative and visually arresting music video for his “Glass Bullet” album single “Fuck Me Up”, a visual worthy of display along the walls of an art gallery. Despite the raw title and suggestive imagery, the song delivers lyrics about love, intimacy and mindfully engaging in sex with people who infuse you with positive energy. SAZE’s electro-tinged and muscular production complement his nimble flows and hypnotic melodies, climaxing with a stunning guitar solo. This Firesly Media-helmed production incorporates breathtaking cinematography, captivating interpretive dance and striking use of body paint.

His confidently cool yet vulnerable voice is complemented by his unique approach to production: a cocoon of rich synthesizer textures, shimmering yet strong melodies and chords, ambient but powerful bass lines complete with aggressive drum sounds and palpable rhythms while modulated and precisely chopped sample flips help to further paint the sonic picture.

SAZE has found a way to craft the soundtrack to all of life’s ups and downs in a fresh, creative style that plays by nobody’s rules except for his own. 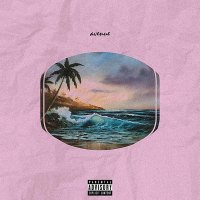